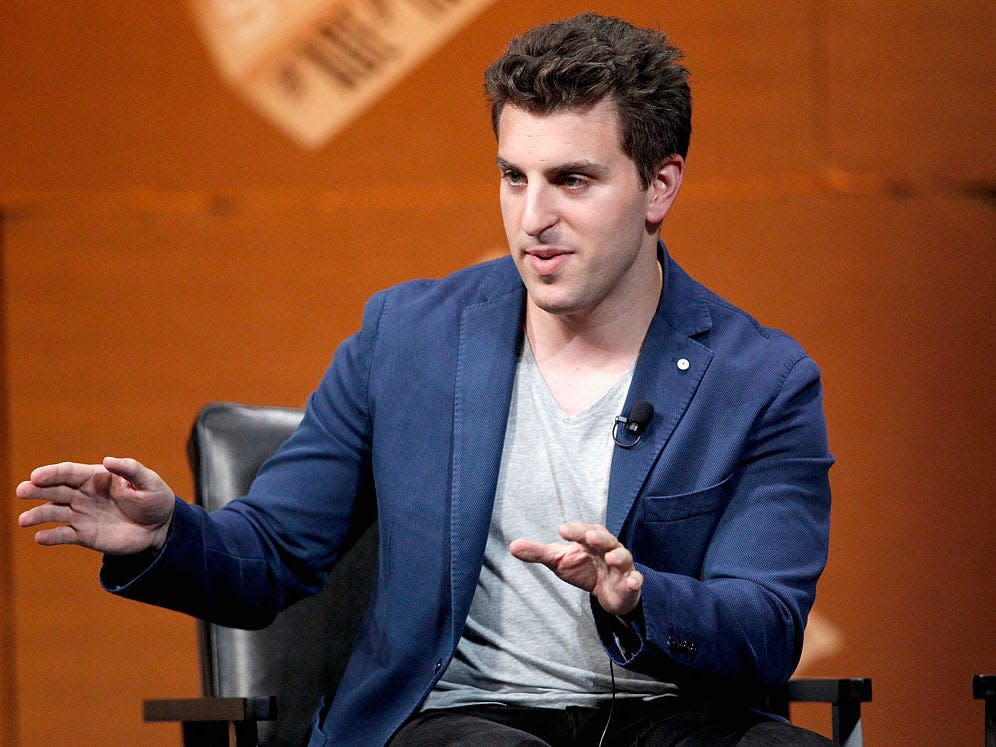 For Airbnb CEO Brian Chesky, working at the office is now a relic of the past.

In an interview for Time’s The Leadership Brief published Sunday, Chesky said he believes the office is “an anachronistic form” that’s “from a pre-digital age.” His comments come after Airbnb announced earlier this week that it will let employees work remotely forever with no pay cut, citing the ability to widen its talent pool and noting the company had its most productive two-year period ever while remotely working.

He continued: “If the office didn’t exist, I like to ask, would we invent it? And if we invented it, what would it be invented for? Obviously, people are going to still go to hospitals and work, people are going to still go to coffee shops and work — those spaces make complete sense. But I think that for somebody whose job is on a laptop, the question is, well, what is an office meant to do?”

In January, Chesky said he was “living on Airbnb,” working from various cities across the US. In his TIME interview on Sunday, he acknowledged there will still be some need for offices, but concluded “the office has to do something a home can’t do.”

“People will still go to offices, but it’ll be for different purposes, for collaboration spaces,” he said.

Chesky told Time working 100% remotely can diversify hiring since employees can be based anywhere, but feel it can also make some employees isolated from their coworkers and company.

While he said a compromise is necessary, he believes there are flaws with the common hybrid work model of having employees work from the office three days a week, which companies like Google and Apple are using.

Airbnb’s alternative to this model is to have employees meet up in person roughly one week per quarter.