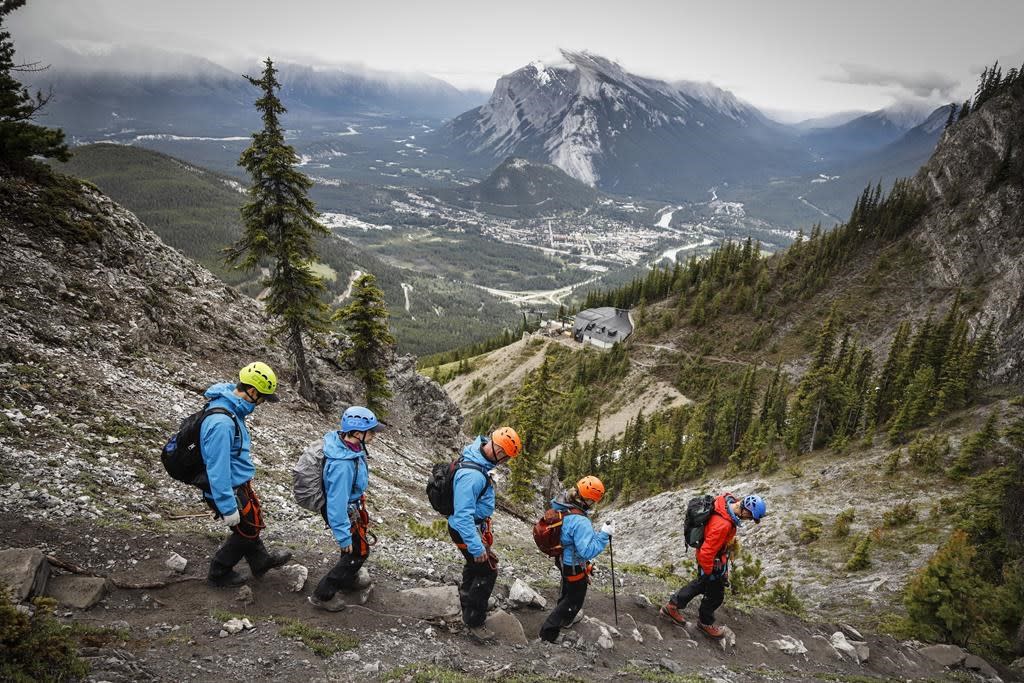 MONTREAL — Even as gas prices hit record highs, Canadians are fanning out across the country for fresh travel experiences after two years of bottled-up demand.

Beth Potter, head of the Tourism Industry Association of Canada, says some vacationers are still staying closer to home on camping, hiking and cycling excursions, with many opting for road trips over pricy plane tickets as fuel costs and inflation loom large.

“When you think about those kinds of activities, they’re not always a huge strain on the family pocketbook,” she said.

The average price of regular gasoline across the country rose to an all-time high of 197.4 cents per liter Tuesday. But car travel can seem regardless appealing, since costly jet fuel has also hiked airfares.

“It’s a more palatable alternative to other modes of transportation right now, where you’d be confined in a space with a lot of other people, you have other restrictions put on you like mask wearing or you have proof of vaccination,” Potter added .

Canada remains the top destination for Canadians in 2022, but even more than in pre-pandemic years, said Association of Canadian Travel Agencies president Wendy Paradis.

“People want to visit friends and family that they haven’t seen. And there are some people who are most comfortable still, with the pandemic not 100 per cent behind us, staying in Canada,” she said.

With many Canadians opting to stay closer to home, some tourism operators are doubling down on the domestic market.

Vancouver-based Discover Canada Tours has ramped up its one-day tour offerings in and around Vancouver and Victoria, while also marketing new getaways further afield for Canadians who exhausted close-to-home options last summer.

Interest in the Rockies remains high, but bookings are on the rise for less explored spots such as northern British Columbia and the Canadian North, industry experts say.

Near Yellowknife, Aurora Village, which had catered mainly to tour groups from East Asia, continues to host visitors looking to take in the northern lights between teepee warm-up sessions amid woodstoves and buffalo-hide blankets.

“The Asia-Pacific region is going to be one of the slower ones to start traveling internationally. And so they had to do a massive pivot… and they had to get to know the Canadian traveller,” said Potter at the tourism association of the operator.

Travel agencies are, however, also seeing a surge in bookings for destinations across the globe, from Italy and France to sun destinations.

Visits south of the border are climbing back up as well. But a barrier remains in the US requirement that air travelers present a negative COVID-19 antigen or PCR test taken no more than a day before departure. That variable is pushing vacationers who might head to Florida or California to Mexico or the Caribbean instead, she said.

Some countries continue to test international travelers on arrival — Canada’s four biggest airports do so at random for fully vaccinated arrivals — with a positive test triggering days of isolation (10 in Canada).

“I’m seeing it come back to close to pre-pandemic times, with respect to the upcoming summer,” he said. “Pack your patience.”

The final week of April saw nearly 460,000 travelers touch down in Canada on international flights, more than 17 times the number of arrivals in the same week a year earlier but still just two-thirds of 2019 levels, according to the Canada Border Services Agency.

This report by The Canadian Press was first published May 11, 2022.