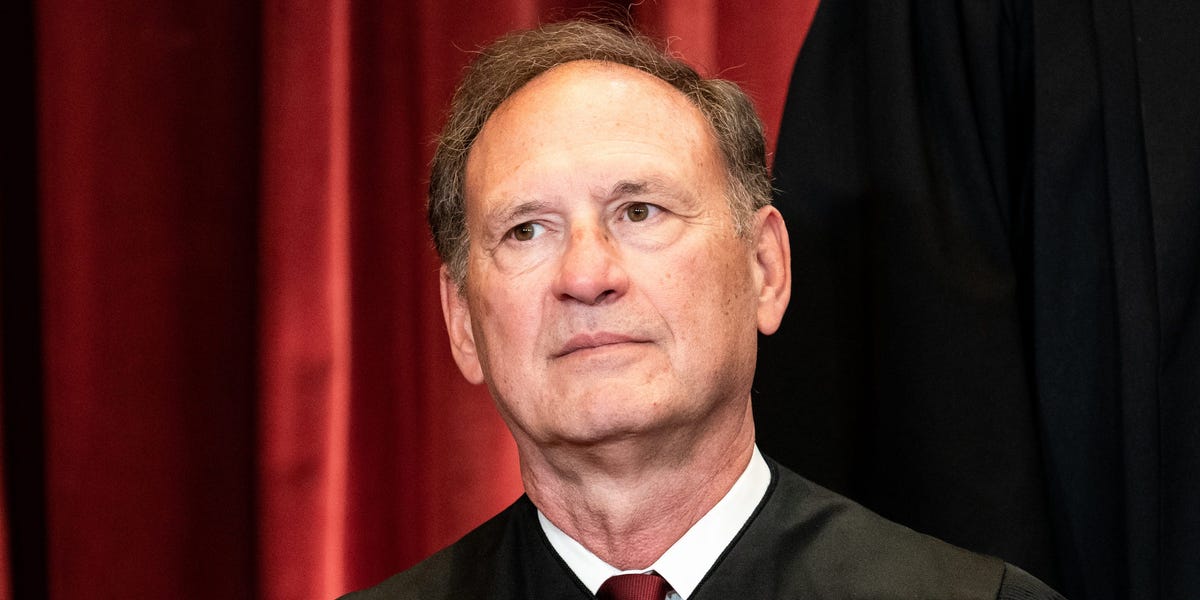 A baseless rumor that Justice Samuel Alito was moved to an “undisclosed location” appears to trace back to a guest on Fox News. Republican lawmakers are running with it anyway.

The rumor appears to have started with Georgetown University lecturer Ilya Shapiro, who started making the claim last week amid coverage of the Supreme Court leak that appeared to show the court was prepared to overturn Roe v. Wade.

Shapiro on Monday told Politico followed up with he was unsure if the rumor is true.

“I don’t have any non-public sources,” Shapiro told the outlet. “I forget whether I saw the rumor on Twitter or somebody told me. I don’t know.”

The Supreme Court hasn’t commented on the issue, Politico reported. A spokesperson for Fox News did not immediately respond to Insider’s request for comment.

Regardless, Republican lawmakers have run with the rumor.

“Public officials should never have to fear for their safety for doing their jobs, certainly not in America,” Utah Sen. Mike Lee later tweeted.

While protestors gathered outside of the Supreme Court last week, abortion rights supporters also swarmed Associate Justice Brett Kavanaugh’s home over the past weekend. Among them was one of his neighbors who organized the protest. Protestors later moved to the home of Alito, the author of the leaked draft opinion.

“But that should never include violence, threats, or vandalism,” Press Secretary Jen Psaki tweeted. “Judges perform an incredibly important function in our society, and they must be able to do their jobs without concern for their personal safety.”