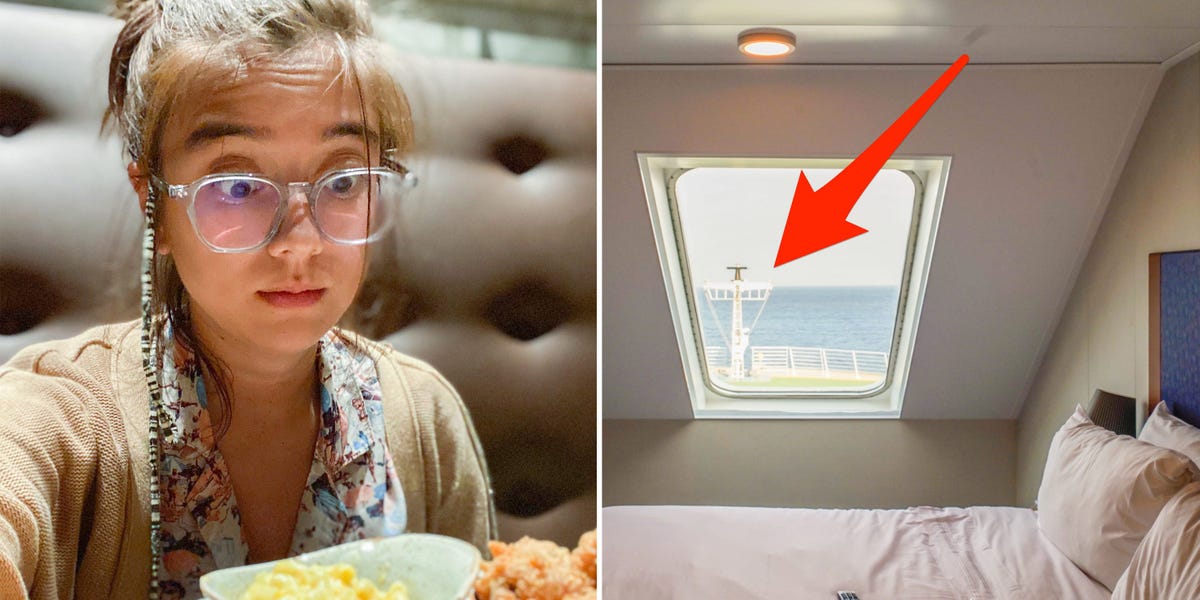 I’m prone to motion sickness, and I unknowingly booked a room where movement on the ship felt the strongest.

For $2,000, I spent seven nights in a 179-square-foot ocean-view stateroom on deck 8. Insider paid for my cabin, per our reporting standards.

My cabin came with a private bathroom, a king-size bed, and an ocean view.

It was a midtier room — a step above interior staterooms, which have no window, a step below staterooms with a balcony, and two steps below a suite.

Since it was at the very front of deck eight, I felt constant motion in my room. This made sense to me after talking to seasoned cruisers on the ship, who several told me that the front of the ship is one of the worst places to be for feeling motion. Higher decks in the middle of the ship feel calmer and more stable, they said.

Some nights were rockier than others. On the roughest nights, I heard and felt a similar sensation to thunder beneath me every few minutes. Loud thumps and heavy vibrations in my room sounded like large pieces of furniture falling down. The first night this happened, I feared the worst, but over time, I realized that this was a normal aspect of cruising — but one I would likely never get used to.

Next time, I’d choose a room in the middle of the ship.

Read more: I spent 7 nights in a 179-square-foot room on the world’s largest cruise ship. Take a look inside my cabin.