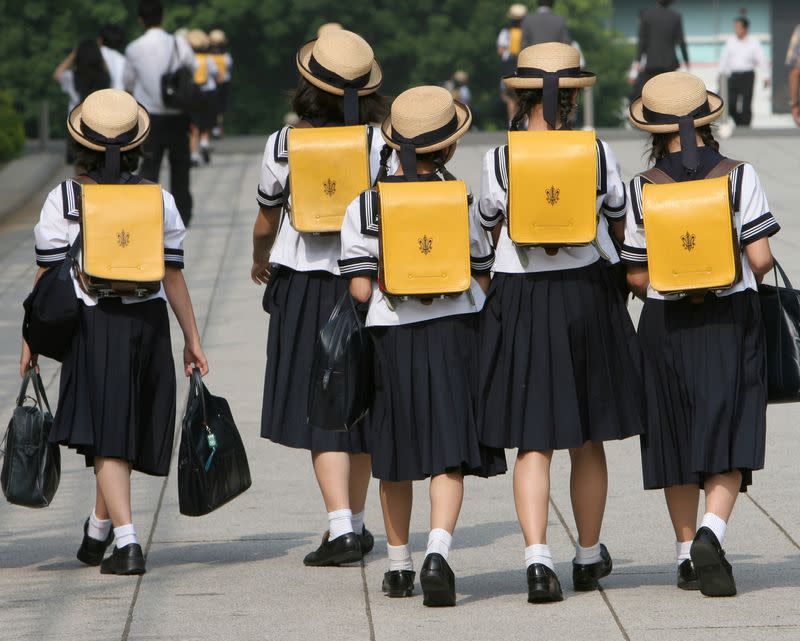 TOKYO (Reuters) – An Elon Musk tweet saying Japan would “eventually cease to exist” without a higher birthrate set off a flood of sarcasm and anger on Monday – though much of the angst was aimed at a Japanese government many said did little to address the issue.

Musk, the head of electric vehicle maker Tesla Inc, at the weekend tweeted, “At risk of stating the obvious, unless something changes to cause the birth rate to exceed the death rate, Japan will eventually cease to exist. This would be a great loss for the world.”

The comment hit a nerve among Japan watchers and in Japan, whose population peaked in 2008 and has since declined due to its low birthrate to about 125 million as of last year despite government warnings and sporadic attempts to grapple with the issue.

But Japan remains the world’s third-largest economy, host to global heavyweights ranging from car manufacturers to game developers, and is a key link in global semiconductor supply chains.

“What is even the point of tweeting this?” wrote Tobias Harris, senior fellow at the Center for American Progress.

“The anxieties surrounding Japan’s demographic future is not that ‘Japan will eventually cease to exist’ but rather the profound social dislocations that are occurring as a result of the decline to a lower population level.”

Others noted sluggish birthrates plague many nations besides Japan, including Germany – where Tesla has just opened a new factory – and that Japan was simply being hit first.

But many Japanese commentators said the situation was not surprising and slammed their government for not doing enough to fight it, such as by providing more daycare centers and making it easier for women to return to work after having children.

“They keep saying the birthrate’s falling, but given that the government isn’t taking thorough steps to deal with it, what can we say? Everything they say and do is contradictory,” wrote Twitter user SROFF.

“In this environment, who’s going to say ‘Okay, let’s have a child’? I despair for Japan.”