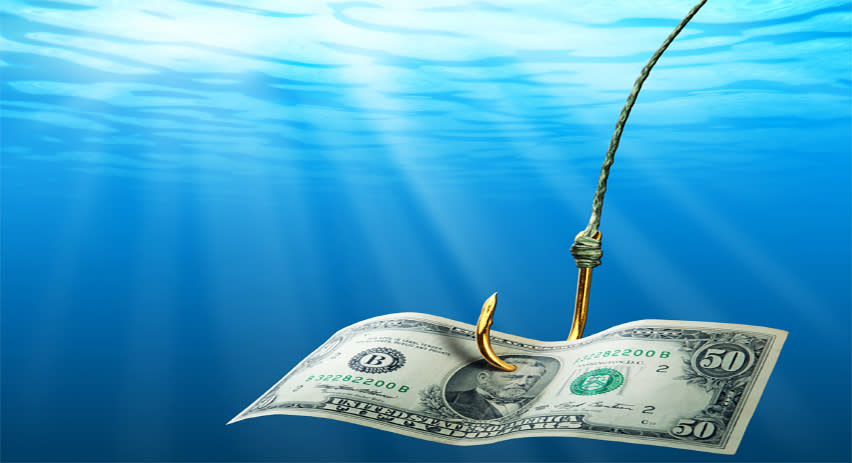 What to make of the markets right now? Last week brought more losses in what’s been a volatile year for stocks. The five straight weeks of market declines marked the longest such streak in over a decade. More ominously, they came in along with a number of other disturbing data points.

The April jobs numbers, released on Friday, came to 428,000 jobs added for the month, superficially strong and well above the 391,000 expected. But the labor remains depressed, and the total number of workers, even after a year of strong gains, is still 1.2 million below its pre-pandemic peak. Worse, the 5.5% wage gains in April, the fifth month in a row that wages grew more than 5%, did not keep pace with the 8.5% annualized inflation rate. Workers are getting paid more, but are still falling behind.

On top of that, the high inflation rate has spurred the Fed to start boosting interest rates. The last increase, of 0.5%, was the largest increase in more than two decades, and is already being reflected in higher bond yields (the 10-year Treasury note is above 3%) and increasing mortgage rates.

For investors, however, conditions are pointing toward bargain hunting – finding the stocks that are running cheap but with the potential for high returns in the long term.

With that in mind, we’ve used the data at TipRanks to pull up three stocks that are showing 50% or greater losses for the year so far – but that also show Strong Buy ratings from the Street and the potential to double or more in the coming year. Here’s the lowdown.

We’ll start with a tech firm in the textile industry. Kornit bills itself as a global digital printing company, specializing in high-speed, industrial-grade ink jet printers, along with pigments and chemical products, for the garment, apparel, home goods, and decorating sectors. The company’s machines are capable of printing complex designs directly onto finished textiles, allowing fabric workers to call up patterned textiles on demand. This frees up inventory space and eliminates redundancies, important considerations for Kornit’s customer base.

One number will suffice to show the scale of Kornit’s work and niche: there are more than 150 million garment designs printed every year on Kornit machines. The company coordinates this work through 5 global offices in New Jersey, Miami, Dusseldorf, Hong Kong, and Shanghai.

The company will report its 1Q22 financial results this Wednesday, May 11, but we can get a good feel for its current situation by looking back at the previous quarters. In the second half of 2021, Kornit saw solid revenue numbers, with the Q4 figure of $87.5 million being a company quarterly record. The full-year top line for 2021 was $322 million, up 67% year-over-year. The company was profitable, with a 2-cent GAAP earnings per dilution share in the quarter, and 13 cents for the full year.

Despite these positive metrics, the company’s stock is down 58% so far this year. However, 5-star analyst James Ricchiuti, from Needham, doesn’t flinch from Kornit’s recent share price losses. In fact, he rates the stock a Buy, along with a $155 price target. The figure implies shares will be valued ~141% higher in a year’s time. (To watch Ricchiuti’s track record, click here)

Backing his bullish stance, Ricchiuti writes: “We believe the long-term secular drivers that underpin our positive investment thesis on Kornit are intact… We believe business remains healthy, notwithstanding increased macro uncertainty. We still foresee strong tailwinds in KRNT’s business in 2022 and 2023, driven by positive momentum with its customers, the growing near-shoring trend and largest emphasis on sustainability by apparel makers, along with a rich new-product pipeline.”

Overall, with 7 positive reviews on file, Konit’s stock has a strong recent Buy consensus rating from the Wall Street analyst corps. The shares are selling for $64.19 and their $151.71 average price target implies a one-year upside potential of ~136%. (See KRNT stock analysis on TipRanks)

The second beaten-down stock we’ll look at is Bill.com, a provider of cloud-based software solutions for the accounting and paperwork issues that threatens to overwhelm the small business world. The company’s cloud platform makes it possible for customers to automate day-to-day processes in billing, invoicing, receiving payments, and making payments, the constant bookkeeping tasks that eat up so much time for small entrepreneurs.

Bill.com is popular among its target customer base of small and medium businesses, as evidenced by the company’s strong revenue growth in recent quarters. Earlier this month, the company released its financial results for fiscal 3Q22, and showed powerful year-over-year revenue growth of 179%, to hit a total of $166.9 million for the quarterly top line. Of that total, subscription fees grew by 78% to reach $52.2 million, while transaction fees expanded by 286% to reach $113.3 million.

Even though the financials were, on the surface, solid, the stock fell by a third after the release. Investors were somewhat spooked by a slowdown in revenue growth. Quarter-over-quarter, the top line expanded only 6.6%, a far cry from the 34% q/q growth in fiscal 2Q22. And looking forward, the company gave fiscal Q4 guidance in the range from $182.3 million to $183.3 million, which even at the high end would be q/q growth of less than 10%. To date this year, the stock is down 51%.

Nevertheless, Canaccord’s 5-star analyst Joseph Vafi remains bullish. He writes of this company: “While no one already knows the future of the macro right now, we see BILL as being relatively well positioned against the current backdrop, except for its standout valuation, which has clearly come in materially. With over 70% organic and 179% growth overall in FQ3, no one can say the BILL model does not continue to work on what is a huge, long tail in small businesses that need help with their financial back offices. Also, with 80+% gross margins and a powerful 1-2 punch business model of SaaS subscription and payment volume based revenue, BILL remains the model to beat in SMB payments, in our view.”

Along with these upbeat comments, Vafi gives BILL a Buy rating and a $250 price target, implying an upside of ~107% over the next 12 months. (To watch Vafi’s track record, click here)

Wall Street would tend to agree with this bullish outlook – as shown by the 12 to 1 breakdown in recent reviews, favoring Buys over Holds and supporting a Strong Buy consensus view. The stock is currently trading at $121 and its 240.83 average target suggests an upside of 99% from that level. (See BILL stock forecast on TipRanks)

Last but not least is DermTech, the leader in the field of molecular dermatology. Specifically, DermTech is developing and commercializing new diagnostic technologies for the early detection of melanoma. This is a common skin cancer, dangerous in itself and made more so by its propensity to metastasize into other areas of the body. Early detection of the disease is the key to successful treatment, and this is where DermTech is stepping in.

The company has developed an adhesive patch melanoma test, which can take a non-invasive skin biopsy for medical testing. The company operates its own genetic testing lab where skin samples can be examined. And best of all, the DermTech test can be done by the patient, at home, rather than in a physician’s office.

Like the other stocks here, DermTech shows a combination of sound revenues and falling share price. In its 1Q22 report, the company announced a quarterly top line of $3.7 million, up 47% year-over-year. The gain was driven by a 61% increase in assay revenue, which in its own turn was boosted by a 53% y/y increase in billable sample volume, to 14,730 for the quarter. The company did see a quarterly net loss of $1.01 per share – although it ended the quarter with a positive cash holding of $202.1 million. The stock has fallen, however, by 51% so far this year.

Analyst Sung Ji Nam, of investment firm BTIG, sees the fall in share price as an opportunity to get in on this stock.

“DMTK remains well-positioned to more than double its revenues in 2022, barring additional significant COVID-related healthcare disruptions in the US for the remainder of the year. Key growth drivers for 2022 and 2023 include the meaningful sales force expansion in 2021 that is expected to drive test volume growth, and DMTK’s focus on test ASP improvement through further Medicare segment penetration, appeals management and further expansion of third party payor coverage,” Ji Nam noted.

In line with these bullish comments, Ji Nam sets a Buy rating on the stock and her $38 price target indicates potential for robust growth of ~393% ahead. (To watch Ji Nam’s track record, click here)

Overall, this smallcap stock has only 4 analyst reviews – but they are highly recent bullish, for a Strong Buy consensus rating. The shares are priced at $7.71 and have an average price target of $30.33, suggesting a 293% one-year upside potential. (See DMTK stock forecast on TipRanks)

Disclaimer: The opinions expressed in this article are primarily those of the featured analysts. The content is intended to be used for informational purposes only. It is very important to do your own analysis before making any investment.